Skip to content
Home Mobile Phones Is Buying a Huawei Phone Worth it in 2021?

In the past year, Huawei phones emerged in the market as Android products. These smartphones were reasonable, innovative, and had usability like other Android phones. Huawei introduced many stylish phones with an outclass camera and other features. It is one of the first brands to install a handprint sensor. This phone series was also made on the list of top Android phones. The popularity of Huawei phones took a U-turn as a result of a feud with Google.

Why Did Google Ban Huawei?

Huawei was accused of having links with China. The US government blacklisted Huawei for a few months, but the ban was extended. In 2020, Google Services completely blocked the smartphone company. Now, the new products manufactured by Huawei do not have any Google Services; however, old models still do.

Which Apps Are Unavailable in The Huawei Phones?

In the Huawei phones, you will not be able to use the Google Play Store. You will have to download apps via APK websites. Now Huawei has introduced some latest models with an application store of its own that has limited apps. You cannot use the following apps on the new phones.

You may be able to access some Google Apps on your web browsers, but the experience is not the same. Other than Google Apps, many apps are based on Google and might not give good performance on the browser. Huawei’s application store known as AppGallery is present in the new phones allowing you to download some popular apps like TikTok.  However, this store still lacks some main applications like Instagram.

Should You Get a Huawei Phone?

Using a Huawei phone in 2021 is a little complicated. The Huawei phones are great in terms of camera and processors. However, the inability to use Google apps can be annoying. You can get other Android phones with much more features at the same price. Now that people are addicted to having Google on their phones, using a device without it seems like a lot of work. So, if you think you do not have that requirement, you can go for a Huawei device; otherwise, it is a No. In the years to come, it is expected that Huawei phones may again get into the competition with a new OS. 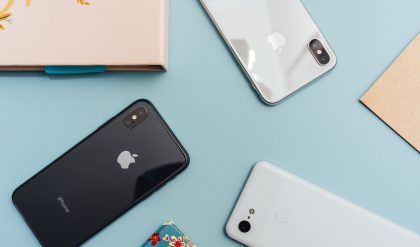